More than two years have passed since the NSW Treasurer Matt Kean promised to double the koala population in response to a damning report that found Koalas will be extinct by 2050. Since then, the koala has become an endangered species and land clearing in NSW has increased to 35 thousand hectares per year - the same area as 125 Sydney CBDs. It turns out, there isn’t even any comprehensive ongoing population monitoring occurring and the Government has no way of knowing if the koala population is increasing because they’re not even counting.

If anything, Matt Kean is likely accelerating the decline of the koala population because the Liberals have put up a white flag of surrender to their Nationals partners in the Coalition. The Government has weakened laws that were supposed to protect koala habitat on private land, they are encouraging a rapid growth of native forest logging on private land in koala habitat and koala hubs in the public native forest estate continue to be logged at an industrial scale.

The Liberals’ response to the Nationals’ victory in the koala wars would be laughable if the consequences weren’t so dire. Kean announced $107.1 million for the NSW Koala Strategy in April this year but throwing money around isn’t going to help the koala population survive extinction. The koalas living in forests around the state today need their homes protected right now. The $50.3 million committed to buying private properties is great but it only just covers the same area of public native forest that is being logged every year.

The details of the NSW Koala Strategy, released in June this year, shows that the acquisition of private land and agreements with land holders aren’t even planned in perpetuity. This agenda is set to cost a cool $70 million - all the while failing on the basics of protecting existing Koala populations as the NSW Forestry Corporation continues to fell our native forests at a cost to the taxpayer of $441 per hectare.

In the North East of the state, a stronghold for koala populations, Council’s zoning currently prohibits logging of 167,000 ha and requires Council consent for logging in 603,000 ha and changes by the Government will mean a lot of koala habitat is opened up for logging or removed from Council oversight. In the last few weeks we have also seen clear felling of Ellis State Forest, leaving single trees upright as the answer to protecting mapped koala habitat. Fragmentation of habitat is considered one of the biggest threats to koalas and the NSW Government continues to eat into their homes bit by bit, leaving them with nowhere to go. Death by a thousand cuts is rife.

Meanwhile, Matt Kean proudly points to the mere 0.72% increase in the statewide protected areas network. But these areas do nothing to protect our iconic koalas. The new national park Koonaburra, located en route to Wilcannia, and Langidoon-Metford State Conservation Area, just east of Broken Hill, will be large additions to the protected area network but contain no koala habitat. The addition of Gardens of Stone State Conservation Area will host ziplines, skywalks, flying foxes, four wheel driving and horse riding but the draft plan of management includes only a single mention of koalas, identifying that they are there but nothing to protect them.

The bold announcement by Matt Kean to double the koala population by 2050, the same year they will go extinct by the current trend, is ambitious but the Government is failing. To reach the 20 thousand additional koalas we need to increase their numbers by 666 animals each and every year without any further losses to their fragile population. Unless Matt Kean intends to breed 20,000 koalas in a zoo, let’s hope not, then he needs to stop the plundering of native forests through logging, with no mechanism to protect this Australian icon, or face the reality of the koala becoming extinct in NSW.

There is no plan, Matt Kean’s announcement to double koala numbers, I am afraid, is all smoke and mirrors. 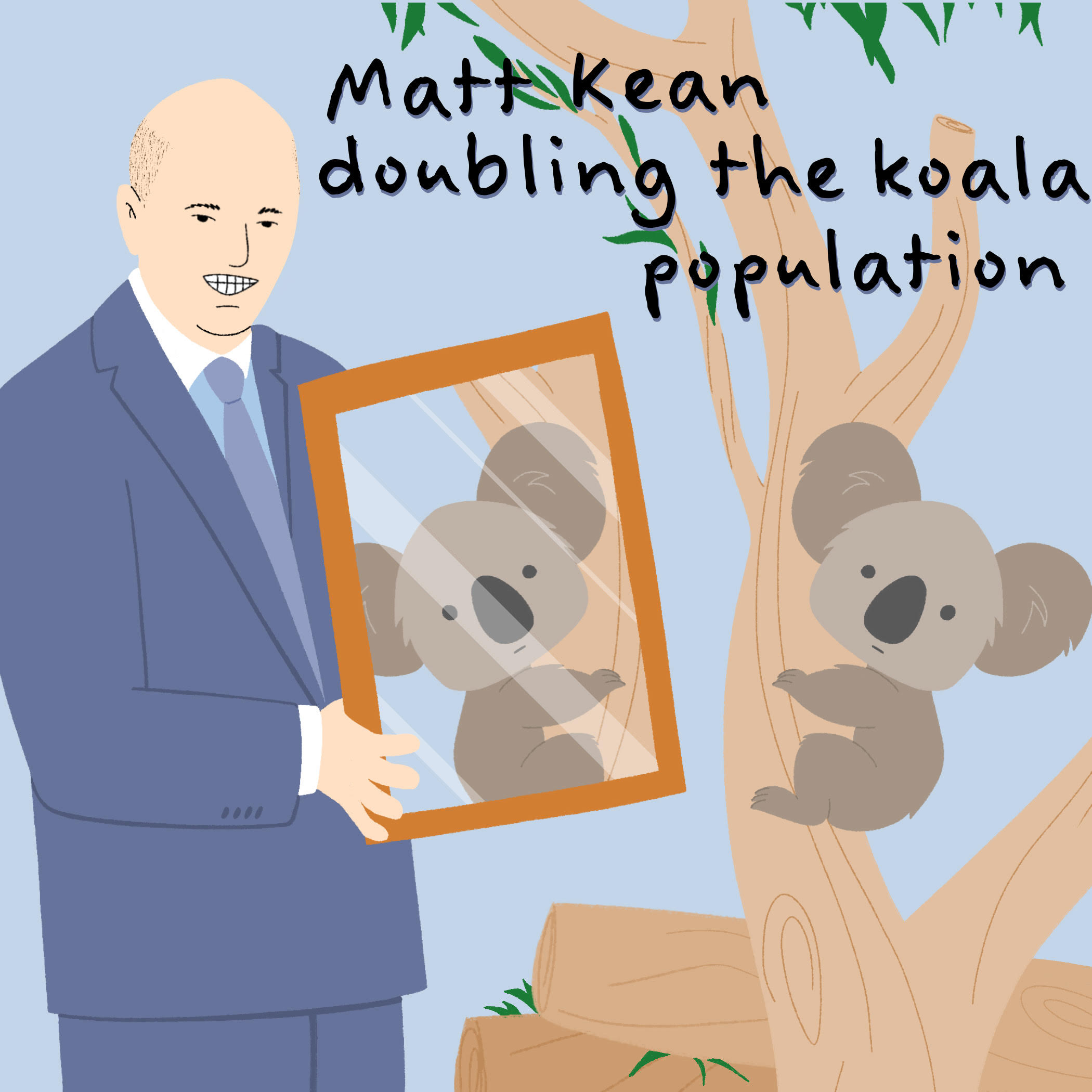 Call on the government to support our bill to protect koala habitat by clicking here More than two years have passed since the NSW Treasurer Matt Kean promised to double the koala population in response to a damning report that found Koalas will be extinct by 2050. Since then, the...

The NSW Upper House has today passed the Government’s Children and Young Persons (Care and Protection) Amendment (Family is Culture) Bill 2022. The bill seeks to address 14 of the 25 recommendations from the Family is Culture Report published in 2019, which was a damning assessment of the current approach...

The NSW Legislative Assembly will today debate on whether to take note of a petition to end public native forest logging. The petition, launched by NSW Young Greens Indigenous Officer Takesa Frank and the Nature Conservation Council, received more than 21 000 signatures which has forced the Parliament to a...